Some astronomers now calculate that there could be an additional undiscovered massive object in our own solar system. Could this be the elusive Nibiru, home of the Anunnaki? 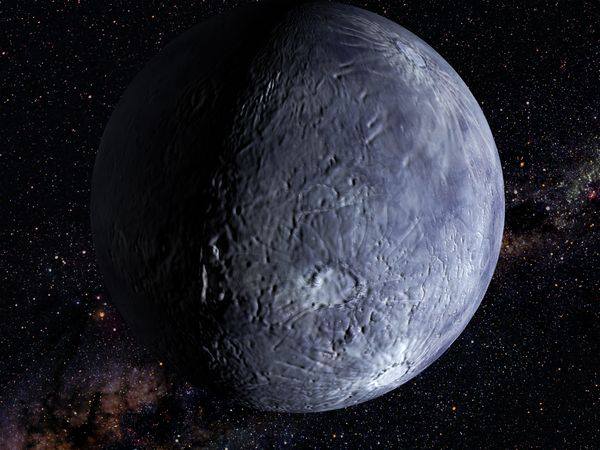 “An as yet undiscovered planet might be orbiting at the dark fringes of the solar system, according to new research. Too far out to be easily spotted by telescopes, the potential unseen planet appears to be making its presence felt by disturbing the orbits of so-called Kuiper belt objects, said Rodney Gomes, an astronomer at the National Observatory of Brazil in Rio de Janeiro. What’s intriguing, Gomes said, is that, according to his new calculations, about a half dozen Kuiper belt objects—including the remote body known as Sedna—are in strange orbits compared to where they should be, based on existing solar system models. The objects’ unexpected orbits have a few possible explanations, said Gomes, who presented his findings Tuesday at a meeting of the American Astronomical Society in Timberline Lodge, Oregon. “But I think the easiest one is a planetary-mass solar companion”—a planet that orbits very far out from the sun but that’s massive enough to be having gravitational effects on Kuiper belt objects. Based on his calculations, Gomes thinks a Neptune-size world, about four times bigger than Earth, orbiting 140 billion miles (225 billion kilometers) away from the sun—about 1,500 times farther than Earth—would do the trick. But so would a Mars-size object—roughly half Earth’s size—in a highly elongated orbit that would occasionally bring the body sweeping to within 5 billion miles (8 billion kilometers) of the sun. Gomes speculates that the mystery object could be a rogue planet that was kicked out of its own star system and later captured by the sun’s gravity.”